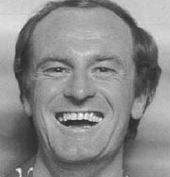 Born Peter Richard Woolnough on 10 February 1944 in the New South Wales country town of Tenterfield, he grew up in nearby Armidale and began his career there when he was 11, singing in the local pub.

He taught himself piano, quit school at age 14 and the following year, in Surfers Paradise, created ‘The Allen Brothers’ with Chris Bell.

Not the Boy Next Door
In spite of the title of one of his songs, Peter Allen was not ‘taught by experts’. Born Peter Richard Woolnough on 10 February 1944 in the New South Wales country town of Tenterfield, he grew up in nearby Armidale and began his career there when he was11, singing in the local pub. He taught himself piano, quit school at age 14 and the following year, in Surfers Paradise, created ‘The Allen Brothers’ with Chris Bell. They were technically a singing duo, but their first engagement was as bellboys at the new Chevron Hotel.

After their act debuted at the Grand Hotel in Coolangatta they were booked for an appearance on ATN7’s afternoon Teen Time show in 1959. The following year an appearance on Bandstand gave them national exposure. Soon after their song ‘First Kiss’ was published they were signed by Johnny O’Keefe for Lee Gordon’s Leedon label; it was O’Keefe who produced their first recordings. In January 1962 they landed an unlikely ‘day job’ as Tweedledum and Tweedledee in William Orr’s production of Alice in Wonderland at the Phillip Theatre in Sydney, while at night they worked at Chequers nightclub as a support act for the veteran American chanteuse Frances Faye; her flamboyant act provided potent inspiration for young Peter Allen.

Later in 1962 the Allen Brothers started an extended tour of Asian clubs and hotels. In Hong Kong in 1964 they were seen by Judy Garland, who was on her way back to London after her disastrous Australian visit. Beguiled by the young men’s charm and talent, she appointed herself their manager and flew them to London, where Peter Allen became engaged to Garland’s daughter, Liza Minnelli.

In 1965 the Allen Brothers appeared with Garland on CBS TV’s On Broadway Tonight, and were her support act for concert engagements in Canada and the United States. They made their American club debut supporting Garland at the Fontainebleau Hotel in Miami. Next year they released their first US singles; an album followed.

In 1967 Peter Allen married Liza Minnelli. To celebrate, Liza and the Allen Brothers played an enormously successful season at Chequers in Sydney. Over the next three tumultuous years, Garland died, the Allen Brothers gave their final performance, Allen and Minnelli separated, and Peter Allen studied acting with Uta Hagen. He appeared on Broadway with Richard Gere, Barry Bostwick and Nell Carter in Soon, a rock opera that struggled through 21 previews and closed after only three official performances. Understandably, Peter Allen decided his future lay in song writing.

Peter Allen’s debut album as a singer-songwriter, Peter Allen, was released in 1971. That same year Allen returned to Australia for a Bandstand reunion, a visit marked by the composition of his achingly autobiographical song ‘Tenterfield Saddler’. It became the title track of his second album. His first big hit was ‘I Honestly Love You’. Written with Jeff Barry, it became a perennial calling card for Olivia Newton-John. ‘Quiet Please, There’s a Lady on Stage’ was a loving tribute to the faded glory of his former mother-in-law, Judy Garland.

After a stint as an opening act for Bette Midler, Allen became a leading figure in the revival of cabaret in New York. He made his New York solo concert debut in 1975, and went on to tour Australia with Helen Reddy. The year 1977 brought ‘I Go to Rio’, appearances at the Olympia in Paris and a return to Australia, where he toured for Kevin Jacobsen and was feted on This Is Your Life.

Allen made his London cabaret debut in 1978. That same year he had a cameo role in the film Sgt Pepper’s Lonely Hearts Club Band. In 1979 he came under the wing of promoter-manager Dee Anthony, who was managing Peter Frampton. It was Anthony who created Allen’s one-man spectacular Up in One. It played in New York and Los Angeles and toured Australia for Pat Condon, Garry Van Egmond and Kenn Brodziak – the visit that inspired ‘I Still Call Australia Home’. In 1980 Allen resuscitated the ailing Copacabana nightclub in New York and returned to Sydney for a Royal Performance at the Opera House on 27 May, attended by the Queen and Prince Philip.

In 1981 Dee Anthony negotiated Allen’s now legendary concert seasons at Radio City Music Hall in New York. In 1982, with Christopher Cross, Burt Bacharach and Carole Bayer Sager, Allen shared the Best Song Oscar for the theme for the movie Arthur; he also appeared in Las Vegas, played a third Radio City season and, less successfully, took the role of the Pirate King in a made-for-TV version of The Pirates of Penzance, with Keith Michell as the Major General.

At the end of 1982 he appeared with the Alvin Alley Dance Company in a one-off fundraising gala. The New York Times was delighted: ‘Mr Allen, it is true, comes from outside the dance world and he is not exactly on the spiritual wavelength that marks the Alley company at its peak. He is, however, nothing if not a splendid communicator, and he certainly helped sell a lot of tickets. Unlike other dance galas that have turned to pop stars for this purpose, this one integrated the guest and the home team in a one-time-only production number, Continental American Suite. Mr Allen was a good sport about it all – just about ready to make a gold-shod clown of him as he cavorted around with the Alley dancers. It all worked fabulously.’

The highlight of an Australian tour for Dee Anthony and Dennis Smith was Allen’s participation in the gala concert that opened Sydney’s new Entertainment Centre on 1 May 1983. Resplendent in a scintillating vest in an Australian flag design and backed by a 400-voice choir, Allen stopped the show with ‘I Still Call Australia Home’. The highlight of the next year was a succession of seven sell-out concerts at Carnegie Hall; less memorable were attempts at drama – cameos in The First Olympics (1984) and Prodigal Son, an episode of the popular TV series Miami Vice (1985).

Allen was more comfortable with a stint at Radio City for Easter 1986 and a tour of Australia forKevin Jacobsen. He returned in 1988 to participate with Frank Sinatra and Whitney Houston in The Ultimate Event, the nationally televised gala that marked the opening of the glamorous Sanctuary Cove resort on the Gold Coast.
Allen had spent several years writing and preparing and promoting Legs Diamond, his lavish Broadway musicalisation of the colourful life of gangster Jack Diamond.

After 72 previews, the show finally opened at Broadway’s Mark Hellinger Theatre on 26 December 1988. Savaged by critics, it struggled on for 64 performances, and then sank ingloriously. It lost $7 million. Allen was down, but far from out. To prove it he recycled some of the Legs Diamond props for his revamped concert act. Then he embarked on a three-month national tour with Bernadette Peters. He was back in Australia for a Sydney Hilton booking in January 1990. He was honoured with Membership of the Order of Australia in June, and played three nights at Carnegie Hall later in the year.

Allen was back at the Sydney Hilton in January 192, but the sudden onset of throat cancer forced him to curtail the season. Appropriately, he gave his final performance on Australia Day. Soon it was apparent that the untreatable cancer was only part of Allen’s health breakdown. He had AIDS. The end came quickly. Peter Allen died in San Diego Mercy Hospital on 11 June 1992.

In 1995 music journalist and film writer Stephen MacLean directed The Boy from Oz, a TV documentary on Peter Allen. MacLean’s similarly titled book about Allen was published the following year. The book was the inspiration for the stage musical, which was written by Nick Enright. Produced by Ben Gannon and Robert Fox, it opened at Her Majesty’s, Sydney, and toured widely. The initial cast included Todd McKenney (Allen), Chrissy Amphlett (Garland), Angela Toohey (Minnelli) and Jill Perryman (Allen’s mother). Gale Edwards directed.

With Enright’s book adapted by Martin Sherman, and a revision of the musical content, Gannon and Fox produced the show at the Imperial Theatre on Broadway with Hugh Jackman giving a Tony-winning performance as Allen. It opened on 16 October 2003 and played for a year. A Japanese version followed in June 2005. The show was revamped yet again for an enormously successful Australian ‘arena’ production with Hugh Jackman. Chrissy Amphlett and Angela Toohey were again Garland and Minnelli, while Colleen Hewett played Allen’s mother. Kenny Ortega directed. The tour opened at Sydney Entertainment Centre on 10 August 2006 and went on to play Melbourne, Adelaide, Brisbane and Perth.

In 2006 an extensive collection of Peter Allen’s personal memorabilia was donated by his executors to the Performing Arts Collection at the Victorian Arts Centre in Melbourne.